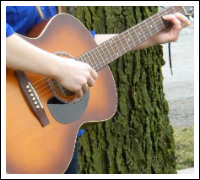 It has been quite a while since I have heard a song catch on as well as this one.  I completely understand why “Let it Go” it has been banned in some schools.  It can be disruptive if one child starts humming the tune and EVERYONE bursts out in song. BUT IT’S JUST SO CATCHY!

Even though I’ve sung this song at least 5 times a week for the past few months and I know every word, I’m not quite ready to let it go.  This song is golden for so many reasons.  When working at the hospital, it has provided me an instant “in” with nearly any child ages 2 – 10.  I immediately gain their trust and attention if I start singing their FAVORITE SONG!  When a client needs a little extra motivation to complete a task, singing, playing, or watching “Let it Go” serves as a great reward.

Recently, I used “Let it Go” in a session with three sisters.  We used colorful scarves to dance and encourage specific movements while singing along.  One of the girls, who had said but 5 words during the 25 minutes sang along with EVERY word and smiled.  They all laughed and worked together to come up with dance moves for the song.  Each of the sisters contributed a specific dance move/gesture that the others could follow.  During the chorus we would throw the scarves up in the air and “Let it Go”.   We also worked as team at one point, holding the scarves together and forming a circle so we all had to move together.

This was an incredible exercise in team work, following directions, and leadership all while working on motor planning, speech, and movement concepts!

While this song has been overplayed, I’m not quite ready to “Let it Go”.  And secretly, I love belting it out along with the kids!