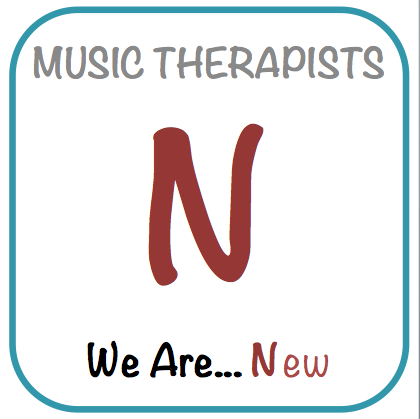 As compared to other related fields, music therapy is a relatively new, though rapidly growing, profession.

Though music has been used within many cultures for the purpose of healing for hundreds of years, the actual practice of music therapy did not become widely recognized until the 20th century.   The following information regarding the history of music therapy has been taken from the American Music Therapy Association webpage which can be found HERE.

The History of Music Therapy

“The idea of music as a healing influence which could affect health and behavior is as least as old as the writings of Aristotle and Plato. The 20th century profession formally began after World War I and World War II when community musicians of all types, both amateur and professional, went to Veterans hospitals around the country to play for the thousands of veterans suffering both physical and emotional trauma from the wars. The patients’ notable physical and emotional responses to music led the doctors and nurses to request the hiring of musicians by the hospitals. It was soon evident that the hospital musicians needed some prior training before entering the facility and so the demand grew for a college curriculum. A very brief historical glimpse of this fascinating profession follows, below.

The earliest known reference to music therapy appeared in 1789 in an unsigned article in Columbian Magazine titled “Music Physically Considered.” In the early 1800s, writings on the therapeutic value of music appeared in two medical dissertations, the first published by Edwin Atlee (1804) and the second by Samuel Mathews (1806). Atlee and Mathews were both students of Dr. Benjamin Rush, a physician and psychiatrist who was a strong proponent of using music to treat medical diseases. The 1800s also saw the first recorded music therapy intervention in an institutional setting (Blackwell’s Island in New York) as well as the first recorded systematic experiment in music therapy (Corning’s use of music to alter dream states during psychotherapy).

Interest in music therapy continued to gain support during the early 1900s leading to the formation of several short-lived associations. In 1903, Eva Augusta Vescelius founded the National Society of Musical Therapeutics. In 1926, Isa Maud Ilsen founded the National Association for Music in Hospitals. And in 1941, Harriet Ayer Seymour founded the National Foundation of Music Therapy. Although these organizations contributed the first journals, books, and educational courses on music therapy, they unfortunately were not able to develop an organized clinical profession.

In the 1940s, three persons began to emerge as innovators and key players in the development of music therapy as an organized clinical profession. Psychiatrist and music therapist Ira Altshuler, MD promoted music therapy in Michigan for three decades. Willem van de Wall pioneered the use of music therapy in state-funded facilities and wrote the first “how to” music therapy text,Music in Institutions (1936). E. Thayer Gaston, known as the “father of music therapy,” was instrumental in moving the profession forward in terms of an organizational and educational standpoint. The first music therapy college training programs were also created in the 1940s. Michigan State University established the first academic program in music therapy (1944) and other universities followed suit, including the University of Kansas, Chicago Musical College, College of the Pacific, and Alverno College.

The National Association for Music Therapy (NAMT) was founded at a meeting in New York City on June 2, 1950. NAMT succeeded where previous music therapy associations previously failed by creating a constitution and bylaws, developing standards for university-level educational and clinical training requirements, making research and clinical training a priority, creating a registry and, later, board-certification requirements, and publishing research and clinical journals. NAMT operated from 1950-1997 and saw the creation of a board-certification program (1985), a critically-acclaimed Senate Hearing on Aging (1991), and the growth of music therapy from a few dozen practitioners to thousands. *photo of Hospital Music Newsletter courtesy of National Music Council.

Originally called the Urban Federation of Music Therapists, the American Association for Music Therapy (AAMT) was established in 1971. Many of the purposes of AAMT were similar to those of NAMT, but there were differences in philosophy, education and approach. Starting in 1980, AAMT published its own research and clinical journal, Music Therapy and by 1997, AAMT had grown to 700 members.

Certification Board for Music Therapists

The Certification Board for Music Therapists (CBMT) was incorporated in 1983 to strengthen the credibility of the music therapy profession by assuring the competency of credentialed music therapists. The first music therapy board examination was administered two years later. CBMT has been fully-accredited by the National Commission for Certifying Agencies since 1986 and is committed to maintaining certification and recertification requirements that reflect current music therapy practice. To date, there are over 5,000 certificants who hold the credential Music Therapist-Board Certified (MT-BC). CBMT and AMTA are separate, independent organizations.

AMTA is the single largest music therapy association in the world, representing music therapists in the United States and in over 30 countries around the globe.

The mission of the American Music Therapy Association is to advance public knowledge of the benefits of music therapy and to increase access to quality music therapy services in a rapidly changing world.”